Welcome! Please verify your age to continue. Are you already 18 y.o.?
Yes No 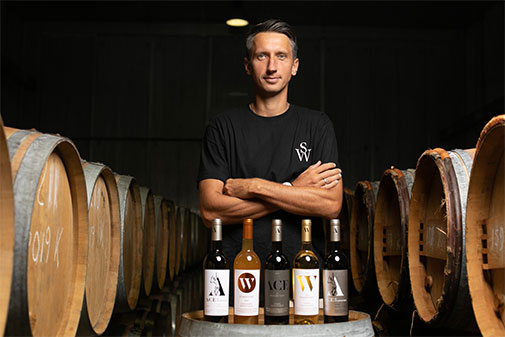 The Ukrainian decided to engage in winemaking at the end of 2015 - after being exposed to wine culture while competing for Vila Primrose ( Bordeaux,France). Sergiy rented 20 hectares of wineries in Zakarpattia and began to cultivate the existing grape varieties Merlot, Saperavi, Rose Traminer, Chardonnay, Riesling, Zweigelt, Cabernet Sauvignon. For two years the team of Stakhovsky Wines was planting vines, putting pillars, cleaning the parcels and replanting plots. In 2018 the first harvest was send for maturation in French oak barrels.